HALOSKIN is rich new skin care line which takes advantage of the unique properties of the Himalayan Fossil Salt.

By its very nature, Himalayan Fossil Salt is able to penetrate deeply into the skin which facilitates the dispersion of its active components.

Himalayan fossil salt is the purest salt available as it is unprocessed and unrefined. It contains 84 trace minerals and elements which are very good for our body and skin.

These same minerals and elements are fundamental to improving our health.

Himalayan Salt is the “added value” which ensures HALOSKIN deserves its place as an innovative cosmetic line, and a genuine alternative to traditional cosmetics.

Not all skin care is the same.

Himalayan Fossil Salt was formed over 250 million years ago through the drying-up of a prehistoric sea in central Asia. As the Himalayan mountains were formed, the salt was covered until it’s modern day discovery.

Today it is still remains covered and protected from environmental pollution. This fact makes Himalayan Salt a pure and rich source of many trace minerals such as iron, potassium, magnesium and calcium.

These minerals give to the Fossil Salt its light-pink colour.

HALOSKIN has been imagined with simplicity in mind.  With only a small number of products in the range, HALOSKIN is ideal for those wanting a straightforward approach to skin care.

Each product is specifically designed to ensure the active elements of Himalayan Fossil Salt have the highest impact possible.

A precious cream with a soft touch which is extremely effective in restoring ageing skin.

A rich formulation of Shea Butter assures a stimulating, restoring, relaxing effect on the skin.

A specific cream for skin prone to acne.

The formula compliments the physiological skin balance and reduces redness.

A creamy mask rich in Himalayan Fossil Salt with a gentle soothing action.

Ideal for achieving a bright, fresh and vibrant skin.

The mineral content of Himalayan salt helps restore the protective barrier in skin and maintain hydration.

Has a gentle but effective cleansing action which is perfect for all skin types, ensuring this product is indispensable for daily use.

The tonifying and soothing action improves skin condition whilst giving a sense of deep freshness.

Perfect for face and body.

Leave a reply Click here to cancel the reply

By MBI Beauty Crew / No Comments

Which Polish For Me

Manicure Your Way to Success

By MBI Beauty Crew / No Comments

The Lipstick Matte and Fluid 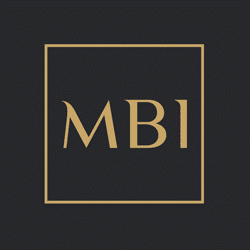 Welcome to
My Rewards

Do a product review, earn points & save! | Dismiss